Centre for Transport and Energy is a non-profit non-governmental organisation founded in 1998 which focuses on the environmental impacts of transportation and energy production, especially those on the Earth's climate. We see our goal in building and reinforcing a wide platform of groups and individuals who are interested in working towards sustainable transport and energy future.

She graduated in social and cultural ecology at FHS UK, including several internships abroad. In addition to CDE, she has worked for the past decade at CEE Bankwatch Network and Glopolis. She focused mainly on the EU ETS, energy transformation and climate change communication. She now works as a project coordinator for the Climate Coalition.

She studied American Studies at Charles University in Prague and International Territorial Studies. She completed study stays abroad at the universities of Bath in England and Melbourne in Australia. She gained work experience at the Embassy of United Kingdom in Prague, the Ministry of the Environment of the Czech Republic or the Forum 2000 Foundation. At present, she also works at the Institute for European Policy EUROPEUM. At the Center for Transport and Energy, she is in charge of projects focused on EU climate and energy legislation and the transition to a low-carbon economy. She also coordinates media relations in the organisation.

She graduated from humanities, media studies and journalism at Charles University in Prague. She focused on topics of gender media studies and media coverage of public opinion polls. She spent one semester at The University of Montana in Missoula, USA. She worked as a reporter for local newsparer. At CDE, she works as a communication coordinator.

She graduated from Natural Resources and Environmental Engineering as part of her "double diploma" studies at the University of Bodenkultur in Vienna and at the Czech University of Life Sciences in Prague. She later worked at MITIS, s.r.o. as a professional consultant in the field of the environment. She is currently working on the Just Transition project in the Center for Transport and Energy, which deals with the socially just transition from coal-dependet economy and the restructuralization of the Ústí Region.

She studied English philology at the Faculty of Arts of Charles University and at the Université Sorbonne Nouvelle in Paris. Later she graduated from the University of Economics in Prague in the fields of arts management and commercial communication. She worked as a media coordinator for many projects in the cultural sphere, then shifted her focus to the commercial sector and focused on PR and digital marketing for FMCG and lifestyle brands. At CDE, she is leading the DEAR project focused on climate change and gender justice. She is also in charge of the digital communications and social media. She is still actively involved in the cultural sphere and you can regularly listen to her radio shows on Radio 1 and Radio Punctum.

Economist and Harvard University graduate. Professionally, she focused on financial and capital markets from both a commercial and regulatory point of view. She then worked as a manager and coordinator for both private and public institutions in the areas of organizing public procurement of European funds for environmental projects, business support through employee participation, including cooperatives, and public sustainable development policies. In the CDE, shee leads the LIFE Unify project and focuses on the process of preparing the new EU 2021+ budget period. In the CEE Bankwatch Network, she also participates in activities aimed at increasing transparency and decarbonization of export credit agencies.

Šimon joined Centre for Transport and Energy in 2021. There, he focuses on the consequences of public investments on the environment and on the role of natural gas within the ongoing energy transition in Czech republic. He graduated from Liberal Arts and Humanities at the Charles University and from Comparative Law, Economics and Finance at the University of Turin.

Analyst and lobbyist for matters of public interest. He graduated from Prague law school, then studied at the universities of Sarajevo and Bologna, and did a scholarship programme at the European University Institute in Florence. He worked, for example, as an election campaign manager, a grammar school teacher or a Policy Officer in the Migration consortium. He also works as a climate team leader in the Association for International Affairs. At CDE, he is dedicated to finding, motivating and supporting cities in adopting and implementing their own climate strategies. He also oversees the distribution of billions from European funds.

Graduate in the field of social geography and regional development at the Faculty of Science, Charles University. In her postdoctoral research at FSV UK, she focused on social movements in the development, planning and policies of Czech cities. In the past, she worked as a researcher for the Agency for Social Inclusion and the Institute of Sociology of the Academy of Sciences of the Czech Republic and taught at the University of Regional Development. She currently teaches externally at FSV UK and the University of New York in Prague. At CDE, she works as a communication coordinator of the Climate Coalition project which strives to increase the Czechs' awareness of climate change and to promote effective climate protection at all levels of society. She is also an active journalist and translator.

She studied media studies and journalism and environmental humanities at the Faculty of Social Studies at Masaryk University in Brno. She focuses on environmental education and communication of environmental issues to the public. In the CDE, she is the director of the Climate Coalition. She also works as an EVVO lecturer at the Veronica Ecological Institute and the Hády Land Association in Brno and occasionally in other eco-centers.


Centre for Transport and Energy is a member of networks of Czech environmental NGOs Green Circle and one of the founding members of the platform of Czech environmental and development NGOs Climate Coalition. Our activity is not confined to the borders of the Czech Republic, we also participate actively in international networks: CEE Bankwatch Network (a network of environmental NGOs monitoring the activities of international financial institutions in the CEE region), Climate Action Network Europe and European Federation for Transport and Environment. 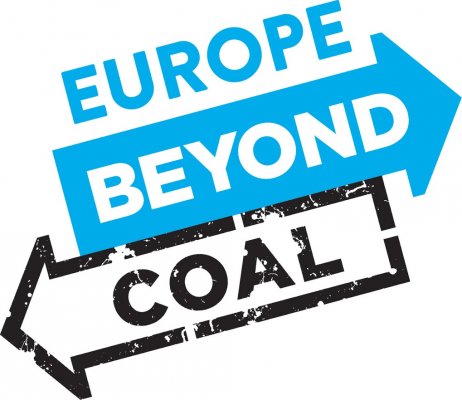